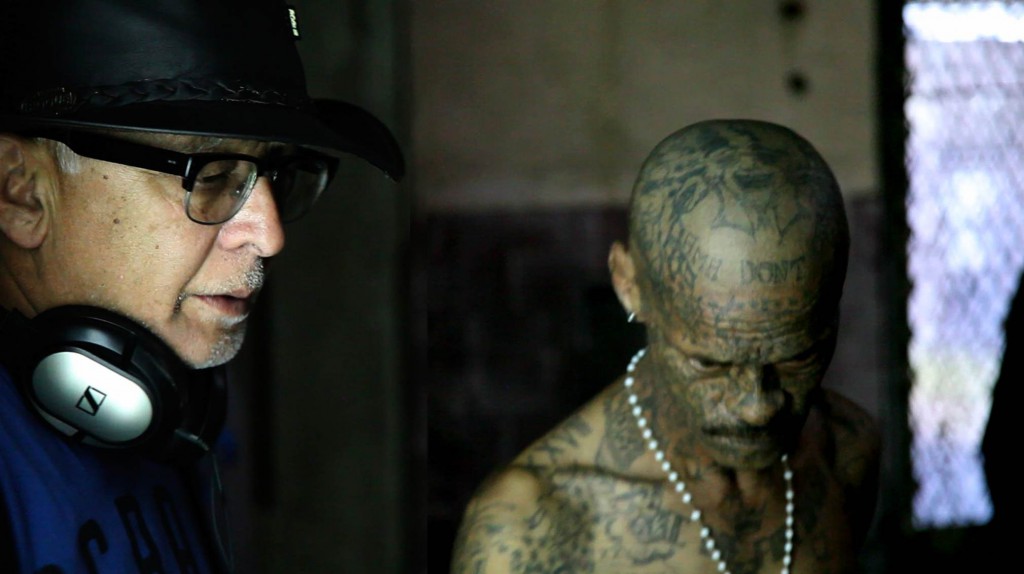 Strength of family was a starting point and inspiration for this film. Having experienced both bonding and loss as a child, I discovered late in life that my father had twice experienced loss of family, a history that was covered up to protect later generations. This piqued my strong passion for the notion of family as a great binder but also as the impenetrable custodian of losses and pains that can remain forever hidden from view.

From this personal passion I hoped to evolve a film about family lost and family regained, and to show it from many shifting perspectives, especially from the point of view of a young boy, because I know that story. I wanted to make a film that dealt with these trials and conflicts, the desire for family, and the absence of family, and the desire to reform and make things whole within the context of gangsterism. I wanted to look at how difficult it might be for a father, a gangster, to turn the clock back and set things right. I planned to set the film in the particular world of the Cape Flats where the chances are very high that a boy will grow up in a single parent or no parent fatherless home. I hoped to portray a gangster film in a largely unknown world. And reveal it in a fresh way.

This was my process when I met Hofmeyr Scholtz to discuss writing the project. I explained that I wanted to tell a redemptive story about family – about a father, about a son, about a cop who is watching family and young children threatened, and life eroded from outside. The creative process was organic, at a later stage we added a daughter who had lost her father from ‘before’ he died. We decided she should be an outsider returned who knows and reacts against the tough landscape of her youth that she had wanted to escape from, yet feels its roots pulling her back – a common sensation that South Africans and Africans in exile experience. We developed a ‘surrogate’ father that a boy in need of a father might find. So there we had it – Four corners, four lives and sounding boards influencing one boy’s life, reflecting the Four Corners of a chessboard and the Four Corners of a prison cell (literally ‘die Vier Hoeke’ in Sabela prison slang) And each of these simple stories connected with the next to make up the Four Corners in the chessboard of Ricardo’s life.

Decisions made by Ricardo’s coming of age would cause all four surrounding stories to converge and become his unique single story, with a single resolve during a significant week in his life. I knew structurally this would be exciting but challenging to achieve but would reflect a bit of how life really is, where chance encounters can lead to dramatic events and significant resolutions that echo from one generation down to the next.

Just a few kilometres from where I live in Cape Town is the unique world of the Cape Flats where gangsterism is rife and where a boy like Ricardo, the hero of our story, might be drawn by the power and prestige of the gangs.

In this world I knew actors would be able to find a special connection to their characters if we were able to absolutely truthfully portray the world that the characters inhabited, without resorting to complex themes or a predictable view of the power of the gangs.

The world of the Cape Flats is so unique and such a different world that I knew the more we told the more we would need to tell. It wasn’t only with the actors that I wanted to achieve the sense of being ‘in the moment’ – I wanted that from the audience as well if that was possible, so that when finally there is a chase or there is a gun fight, which are staples of the gangster film genre, I wanted people to really feel and be in those moments and experience them, just as the community of families in the Cape Flats experience gangster turf outbursts from day to day on the streets, school-fields, playgrounds and block yards which are the chosen ‘battlegrounds.’

Brendan Daniels, who plays Farakhan, said that he hoped to play this part because he saw Four Corners as the first opportunity ‘to tell a Coloured man’s story in South Africa on film’. ‘Coloured’ is a term that is a misnomer elsewhere in the world, but in South Africa it marks a very real culture, area, history, language and population grouping that is not Black, not White, not Asian, but Coloured. Farakhan’s Cape Flats story is about a man whose life has arrived at a critical juncture and his story demands to be told.

We wanted the performances and the reality of the story to be immediate, spontaneous and visceral, to blur the boundary between real life and film, so we looked both among actors and also non-actors who had intense experience of life in the Flats. We found in rehearsal that the actors learnt from the non-actors just as much as the non-actors learned from the actors. We shot the film in communities where “fighting for turf” and “turf war” is a daily reality. Sometimes we cast ex gangsters, ex prisoners, kids from tough neighbourhoods like Belhar where there’s an intense gang war, who know first hand what this story is really about.

We knew we needed to make our film in the real districts of the Cape Flats, in the shadows of the turf war because our first responsibility was to tell the truth, as much as we could. The film is about darkness and light, and the interplay of both these aspects in the human conflict that is flow of life. That interplay was present on the set every day.

So my creative cues in Four Corners came from my own life, and the lives and inspirations that we found in the Flats. I was casting and scouting all our locations for a year as my visual approach to Four Corners grew. We realised that more and more of the film had to be ‘found’, not brought in or changed as is often the film making tradition. My intention was to allow the audience to become direct participants in the Cape Flats events onscreen with its flavour and sound and uncertainty; to allow the audience to be caught up by what they saw and heard without manipulating events too much, so that there’s a link to their own reactions as they get drawn into the story.

I hope to leave the audience with an experience that will stay with them after they leave the cinema. If they remember that this special world of the Cape Flats exists and is not only more dangerous, but also much richer than they knew, that will be very satisfying for us as film makers and for the communities and families we worked with.

No matter the danger, no matter the pain, no matter the emotional drain, if you were to decide to claim or reclaim your home and your family in the middle of a turf war, because it was the only family you ever hoped for, you would likely do what people in the Flats do every day as gang wars erupt around them: they go to work if they have the good fortune to have work, they go to school, they stand up and remind us, that they have rights.

Isn’t that what we all want, the chance for family to prevail, so that our stories can be told and retold, so we can be heard and seen, so we can see that we’re understood, and that the life of our family will live on?